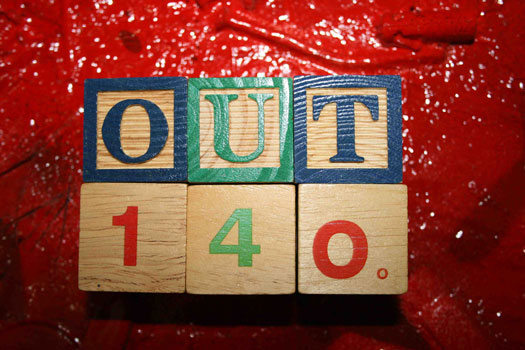 OUT140 is a micro-storytelling project that was created by Shelly Telly for the Norwich Pride celebrations. The idea is that people tell their coming out stories in 140 characters or less – a tweet on Twitter. OUT140 began as a multimedia show on the giant Fusion screen in the Forum following the first Norwich Pride in 2009. Working with Vince Laws, OUT140 toured as an exhibition in galleries in Norwich, Cromer, Folkestone and Brighton. It was printed as a book “OUT140: the Little Book of Coming Out Stories”. It was performed as a micro-concert of songs by the Sing with Pride choir. And soon it will be a play! OUT140 is a living project – people are telling us new stories all the time. Follow us at www.twitter.com/OUT140  Tweets by @OUT140