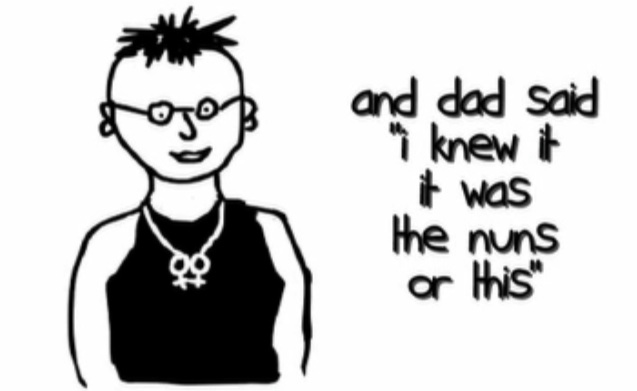 OUT140 began life as a multimedia show on the huge Fusion screen in the Forum in January 2010. 140 stories were presented in simple text format, interspersed with films lasting 12 seconds long.  Why 12 seconds? At the time, there was a website called 12seconds.tv which suggested that a film equivalent of a tweet would last 12 seconds. Each film told one person’s coming out story and the films were in a variety of formats – live action, animation, photo collage, talking heads. The 12 seconds website no longer exists but we still love the idea of micro-movie-making. Here are a selection of the 12 second films. 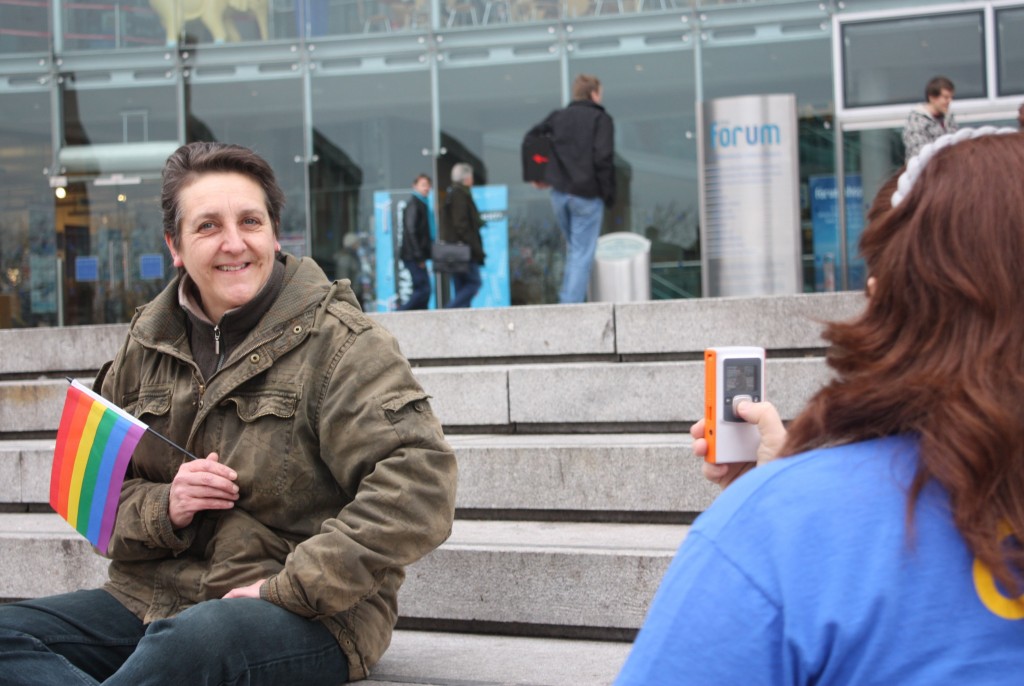 8pm RAF Cranwell, Officers Training Camp, A Bottle of Booths Gin and another WAF and the next morning I was a fully fledged Dike!! 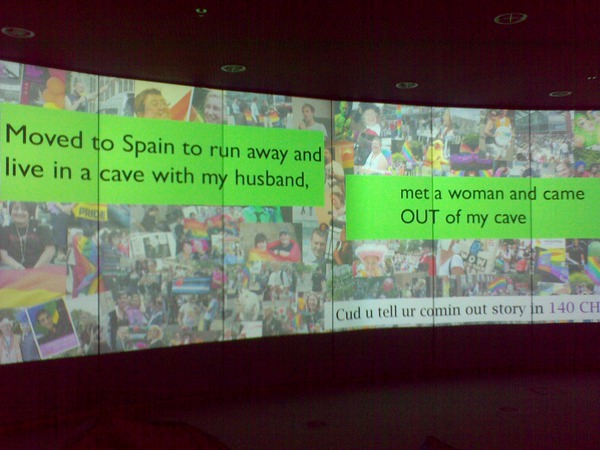